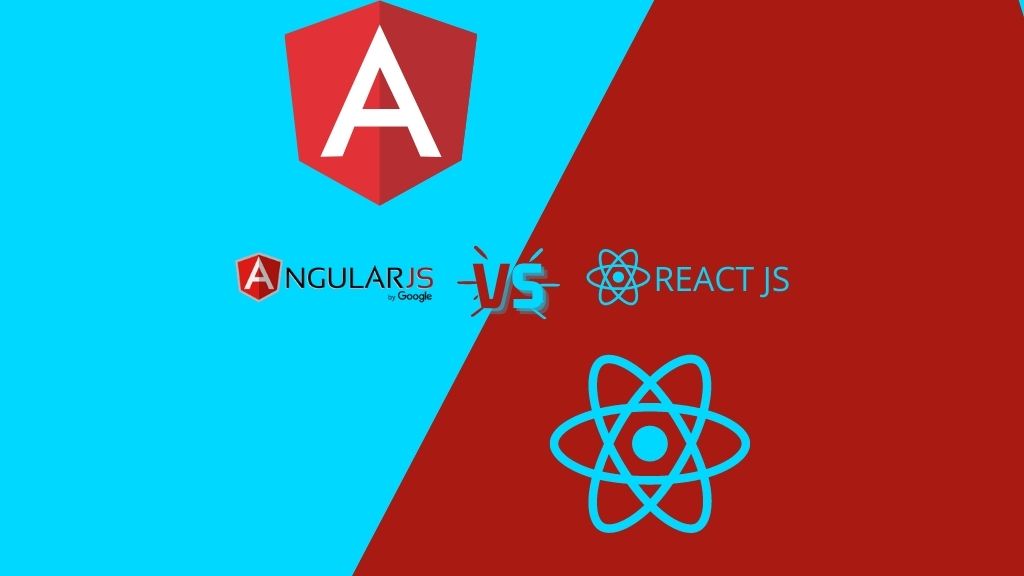 AngularJS vs ReactJS: Which One is Best for Next Front-end Development Project?

AngularJS vs ReactJs: what is the difference between Angularjs and Reactjs

If you’re planning to use Javascript to build an application. Your choice of framework is key to the success of your project. AngularJS and ReactJS remain the two most popular frameworks to use in react js in java point or Javascript development. While both of these frameworks can be used to build web apps and mobile apps. They each have unique advantages and disadvantages. Let’s take a closer look at AngularJS vs ReactJS to determine which one might be the best choice for your project.

What is React JS?

ReactJS – is an open-source Javascript library used for developing dynamic user interfaces. It was originally introduced by Facebook, and it’s based on Javascript and a PHP extension called JSX.

React Advantage and  Limitations of  ReactJS

One key reacts js advantage is that it doesn’t have a steep learning curve. Why react js is better than angular, syntax is fairly or angular vs react which is better, straightforward, and simple, and most developers find they can pick it up easily. To understand another major benefit of using react. It’s important to have some knowledge of the Document Object Model (DOM) and how it works.

The DOM is a structure that represents the arrangement of a web page. Developers can add dynamic content to a page by making changes to the DOM. When a user interacts with dynamic features on a web page, the DOM needs to be reloaded that’s the advantage of Reactjs.

ReactJS optimizes performance by creating a copy of a web page’s DOM; this copy is called a virtual DOM. Instead of updating the entire DOM every time a user interacts with a dynamic component of a page, ReactJS pros and cons check the virtual DOM to see what actually needs to be updated and only updates the relevant sections of the DOM.

While the advantages of ReactJS make it a popular choice among developers, there are a couple of Reactjs disadvantages that you should keep in mind before choosing a framework for your project.

One disadvantage is that ReactJS is only a library, not a full-fledged framework like AngularJS. This means that you’ll likely need to include other libraries to handle various aspects of your application. In addition, some developers dislike the documentation that has been written for ReactJS.

What is Angular JS?

AngularJS – on the other hand, AngularJs is a comprehensive Model-View-Controller (MVC) framework that is powered and maintained by Google. Why choose Angular over React or why angular js is better than React, AngularJS is used to build the dynamic components of a website.

Advantages and disadvantages of of AngularJS

React benefits over angular advantages, If you ask AngularJS developers about the benefits of the framework, most will cite Angular’s implementation of the MVC pattern as a key advantage. Why use angular overreact when using angular overreact while other frameworks require you to divide your application into MVC components, forcing you to write an MVC pipeline to link the pieces together again, Angular manages the components for you.

The comprehensive nature of AngularJS is another important benefit: Angular offers a soup-to-nuts solution for front-end development. You can easily build web applications without worrying about other modules or structures. Angular advantages also enjoy strong community support, and it boasts a broad network of developers and designers that add value to the community.

It’s clear that AngularJS development offers some compelling advantages for your mobile or web application project, but also comes with a few Angular limitations. The steep learning curve associated with the framework is its biggest disadvantage, but the difficulty of learning this framework has been exaggerated a bit.

You can compare the process pros and cons of Angular in learningto the process of learning chess: It may take a fair amount of time and experience to master the game of chess, but it doesn’t take long at all to learn the rules and play a full game against an opponent. Angularjs Reactjs together, the complexity of Angular simply means it takes a bit longer to master all the details of the framework.

What is the difference between Angularjs and React js?

Here are some key differences between AngularJs Vs ReactJs-

Conclusion- angular js vs react js which is better

Angular and React js difference, ReactJS developers and AngularJS developers can agree on one point: You can build top-notch applications with either framework once you gain a bit of experience with it. Using react with angular js,  your choice of the framework will depend largely on your project’s requirements and your own personal preferences.

For less-experienced developers, ReactJS may be a safer bet due to its relative simplicity; however, AngularJS development offers a comprehensive solution to front-end development that could benefit large-scale projects.

What is the difference between React Native and ionic?

10 Reasons Why Laravel Is The Best PHP Framework

What to Select for Android App Development?