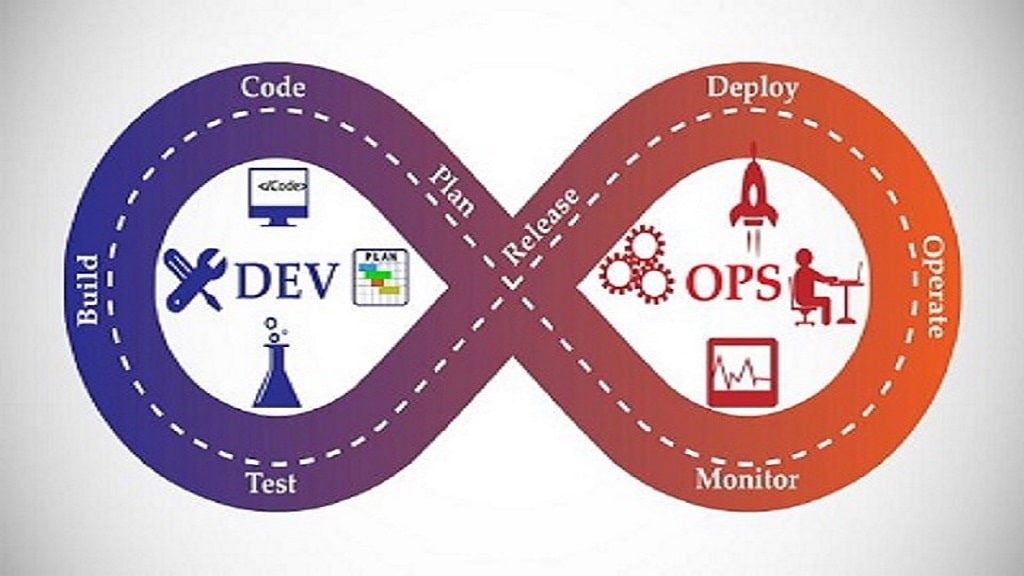 What is The Future of DevOps?

A strong understanding of DevOps developer future can help you improve the quality and efficiency of your mobile application development, but the way these promising methodology works is fluid. We can expect to see some pretty radical changes in the coming years, and understanding which way the wind is blowing can help you stay ahead of the competition while also improving the efficacy of your own internal operations.

The term “DevOps” first appeared on the scene about a decade ago. Now we all know that DevOps describes a continuous professional collaboration between IT workers and software developers. In this article, we plan on describing some of the possible future paths for this blossoming technology field.

DevOps is essentially a fusion of software development and information technology operations. By incorporating DevOps into the way your business runs, you get more oversight over the entire pipeline, and that allows your teams to work better with less redundancies. New numbers show that 60% of companies have either incorporated DevOps into their business models or plan to do so in 2018.

This is especially crucial since apps are becoming an increasingly more prominent force in how businesses run, and mobile application development relies so critically on your team’s ability to adapt quickly to the needs of your customers and make changes to your application that are both sensible and expedient.

The future of DevOps is increasingly synonymous with the future of business; and while we can’t predict with full confidence how the methodology will grow in the coming years, there are some DevOps future trends we can expect to see in terms of DevOps development.

Also Read: Why is DevOps a Smart Investment for Your Company?

A Synthesis of Agile and DevOps

While many tend to see agile and DevOps methodologies as non-compatible and even hostile to one another, the simple fact is that these two systems can often fill in the weaknesses of one another and create a more holistic work environment.

The future of enterprise DevOps is likely to complement rather than supplant agile in many workplaces, at least in the short term. While Agile can break down a project into compartmentalized and modular components, the ambiguity of the larger organizational structure can often lead to missed deadlines and a lack of communication between teams.

DevOps development will likely see much of the internal structure of agile teams kept in place but for the addition of an operations person who can facilitate better communications between teams and minimize the jarring transition from development to deployment that vanilla agile methodologies often suffer from.

Cloud computing is becoming one of the major new standards in development, and the increasingly complex tools and complications that separate development and deployment means that having a DevOps pipeline in place is more critical than ever before.

As liaisons between the two arms of your development cycle, DevOps is only likely to gain more prominence. But more and more software is going to be forced to rely on multiple clouds, and that will only make the jobs of DevOps professionals more difficult. DevOps will increasingly become more about responding to the changing technologies that power these cloud platforms and adapting to make sure that their own software is making the most of them.

It will also require an understanding of native features available in these cloud platforms and communicating them to dev teams. So that DevOps can cut back on labor and minimize the work that needs to be done during deployment.

The continuous DevOps update structure allows developers to continually deliver the content they need regardless of changes in their needs. However, it also means that DevOps work is never done. That’s one of the main reasons why we can expect to see more automation taking hold within the discipline.

A misunderstanding of what DevOps is and an over-reliance on waterfall structures has led many organizations to automate DevOps too much, and the result is inefficient oversight and a core failure in communications between teams. As the industry future grows, we’re bound to continue to see a boom in the marketing of more DevOps automation tools, but developers will better learn how to find the fine balance between features that can be automated and features that need the personal touch of an engineer who knows what they’re doing.

Unfortunately, it will take time for the industry to figure it out, and individual businesses will have to turn a careful eye towards the demands of their business and avoid jumping on the newest shiny thing.

Automation Is Here To Stay

Automation can allow businesses to do their work faster than it would be on the cloud. The presence of automation is especially evident among hybrid environments in the cloud. While many CEOs favor the hybrid cloud, most companies can’t make the technology do exactly what it wants.

In the past few years, automation has makes the DevOps development process a whole lot simpler. You will also see a competition between vendor supported options against developers working on their own open source products.

Also Read: 5 Reasons DevOps And Security Need To Work Together

For one thing, containers will become the bread and butter of the execution of applications. It could even become the standard-bearer of both “Dev” and “Ops”. Additional technological changes could include functions that can operate without servers. Along with microservices, the structure of the application will become more flexible in its operations. However, some downsides from these changes can include technology becoming a bit more difficult to manage over time.

To deal with these upcoming shifts, a change will need to get made in the workflows and tools of DevOps. But once container-native and cloud applications become more available, better tools will also appear. With these changes, developers will no longer be required to write code on their computers or install required tools. Look for integrated development environments (IDEs) that are based on the web to come through SaaS. But this last shift might come through a restricted enterprise cloud system.

The Tools of DevOps That We Will Need

As developers and IT professionals seeks to increase the infrastructures of IT, they create new capabilities for this technology, cut costs, and avoid cloud vendor issues. These personnel require a traffic strategy that priorities the infrastructure’s health throughout the data center and end-user experience.

Now that a multi-cloud global environment is coming to pass, we need a new way to create more applications that are native to the cloud. These teams constantly work to deploy services that close the chasm between the idea and the actual delivery. What DevOps does well is to connect developers and IT professionals with end-users. This access helps DevOps team to stay away from products that don’t really meet their most important needs.

People in the DevOps industry have the ability to see flaws in their technology and can correct mistakes quickly. DevOps teams collaborate with all stakeholders, unlike other tech professionals.

Despite DevOps’ rapid advancements, a few sticking issues are slowing things down. These issues include some of the following:

When you take the future technology of DevOps to a multi-cloud environment, teams innovate in a productive and supportive space. New platforms and tools coming in the near future will deal with many of the mundane deployment details. These changes, along with automation, AI, and other upcoming shifts, will make DevOps an exciting field to follow.