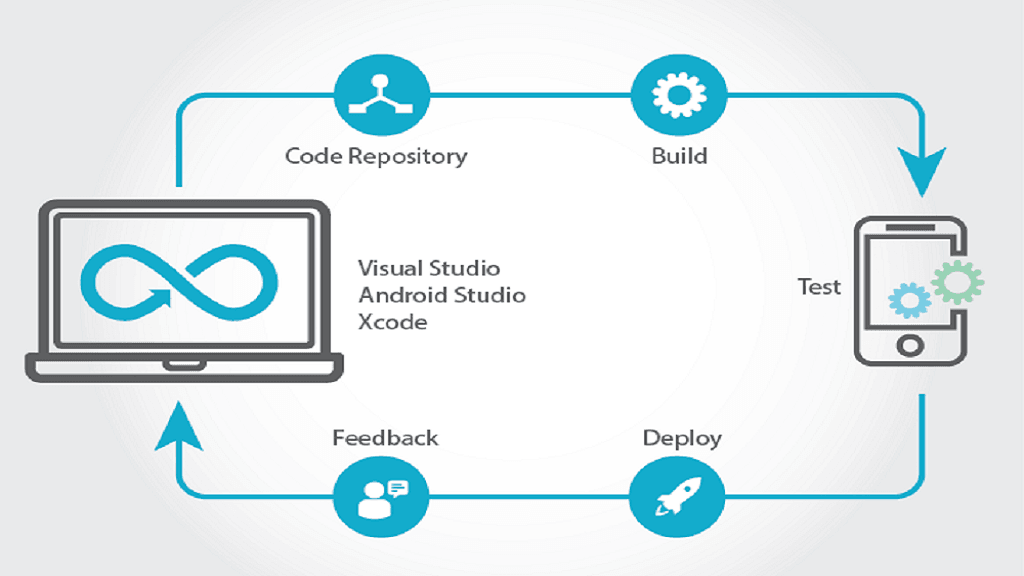 Since the internet was invented it has been able to grow in leaps and bounds. In the early days, access to the internet was through desktop computers. However, the past 5 years have seen mobile phones being used as the preferred device to access the internet.

From social media sites to business services. There have been many mobile apps that have been created in order to target mobile users. Developers have realized the importance of consumers using smartphones and that is why they continue to make apps that are relevant to the market.

Here are some roles of DevOps in mobile app development industries.

When firms began the rush to cater to the exponentially growing mobile phone market. It was all in a bid to create a presence there. However, since the firms set their eyes on making an impact in their respective sector, and developers focused on the market demand, they overlooked some important factors in mobile app development. These include among others, the quality of the code, the security of the code as well as the costs of the app development. This is where DevOps for mobile apps comes into play.

What is devops for mobile apps

DevOps is a unique approach that involves better collaboration with all the stakeholders involved in creating a product. This includes the mobile app developers, the project managers, and the other staff members involved.

How You Can Adopt Mobile DevOps

You may decide that you want to use mobile application development, but do not know how to go about it. There are a few guidelines that you can use to properly implement DevOps in your team:

It means ensuring that the code that is being worked on by one team can be seamlessly integrated with that of another team. It calls for a collaborative approach to writing code. With continuous integration, there is also the continuous delivery part of it. This ensures that when the product is done, it is launched. While there is a manual way to do so, it is necessary to use automated procedures when the work becomes too demanding.

DevOps for mobile apps makes it possible for mobile app developers to do more testing and monitoring well before the app is deployed to be used by the end-user.

With DevOps development, the team can be able to monitor the feedback on their apps. This can be through the comments made or by the rating. This can be used to build better releases and improve on the user experience for the consumers.

In the end, having DevOps at the core of your operation strategy means that you can be able to improve on the quality of applications in mobile app development.