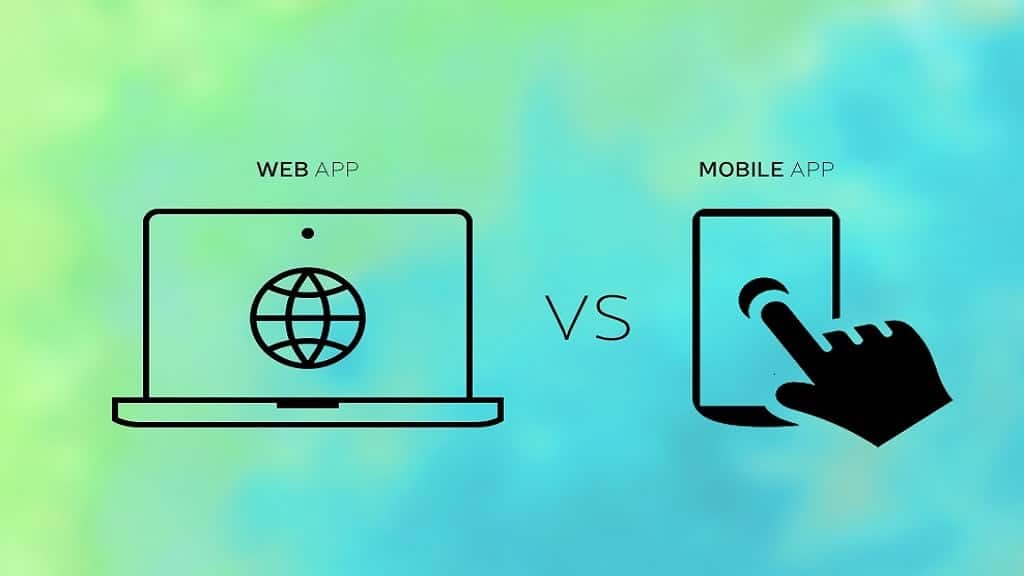 In this age and day, most people have interacted with apps in one way or another. There are apps for all sorts of things; from food recipes to personal training manuals. Applications have helped a lot of people deal with the most basic day-to-day tasks. To a Mobile application developer, web apps and native mobile apps have subtle differences. However, most people can’t tell the difference between the two.

If you are contemplating using a native mobile app vs a web app, you should know that both differ in functionality, design, and accessibility. Because of their design and interface, both have a set of pros and cons.

What is a Native Mobile app?

A native mobile app is one that is built for a specific operating system such as iOS for an iPhone and Android OS for Android phones. A mobile app is installed directly from the app store. In addition, it requires permission to use some of the phone’s features such as the microphone, GPS, camera, contacts, and many more. In most cases, the features are directly linked to the functionality of the app.

What is a Web app?

A web app can be defined as an interactive website. Unlike native apps, a web app is usually accessed through a browser. There are different kinds of websites; there are those that are designed once and are never updated. They are basic and function well when viewed through a large screen, such as a desktop. Then, there are web apps, which function well regardless of the screen size.

Recently, there has been an introduction to web development trends that can bridge the functionality gap between web apps and mobile apps. Progressive web apps have a sophisticated system that can allow you to access them even when offline. Though you cannot download them, you can access them even without an internet connection.

A web app is very versatile. When you access it through a phone or a tablet, it adapts to the screen size. You should also note that the operating system of the device does not matter. Whether you are using an iPhone or an Android phone to view a web app, there is no difference in performance and user interface.

Mobile apps are also called native applications. This is because their functionality depends on the smartphone used. There are those that are designed to work on a single platform. Here, the mobile apps development team looks at their clientele and the type of phone that they are most likely to use. If it’s android phones, the team designs a mobile app that works only on Android operating systems.

Then, there are those mobile apps that are created for both Android OS and Apple IOS. These are called cross-platform native apps. The developers usually create two versions of the same app.

A mobile app is native to the phone’s operating system. The good thing with smartphones is that they can work regardless of whether you are connected to the internet or not. This means that you can use native apps offline.

The web apps development team usually focuses more on the responsiveness of the site and less on the functionality and ability to work offline. This means that you need the internet if you want to access all the features of a web app.

Since native apps depend on the phone’s operating system, the mobile app development team has to follow certain guidelines before they can launch the application. The biggest concern for mobile app developers is reaching the target audience. Since most smartphones use either Android OS or Apple’s IOS, the creators of these operating systems have created a store that makes their apps available to users.

On the other hand, the web apps development team just needs to find a web host provider, register a domain name, and launch the web app. There aren’t a lot of processes involved before the web app becomes live.

Designing a mobile app takes a while to be approved by Android. They should also be compatible with Android or iOS. In contrast, web apps do not have standard software that you must use when designing. Developers only need CSS, JavaScript, and HTML5.

in comparison, mobile apps require regular updates where web apps have a system that maintains its functionality.

Web apps are not as secure as mobile apps. Users are vulnerable to security threats. Unlike mobile apps, you must have an internet connection to use Web apps.

The above are the common differences between web application vs native mobile app. Native apps are generally designed to work on smartphone platforms while web apps can be accessed through any internet-enabled device. Before you decide on which one to use, perform a thorough market analysis so that you can know what your customers really want.