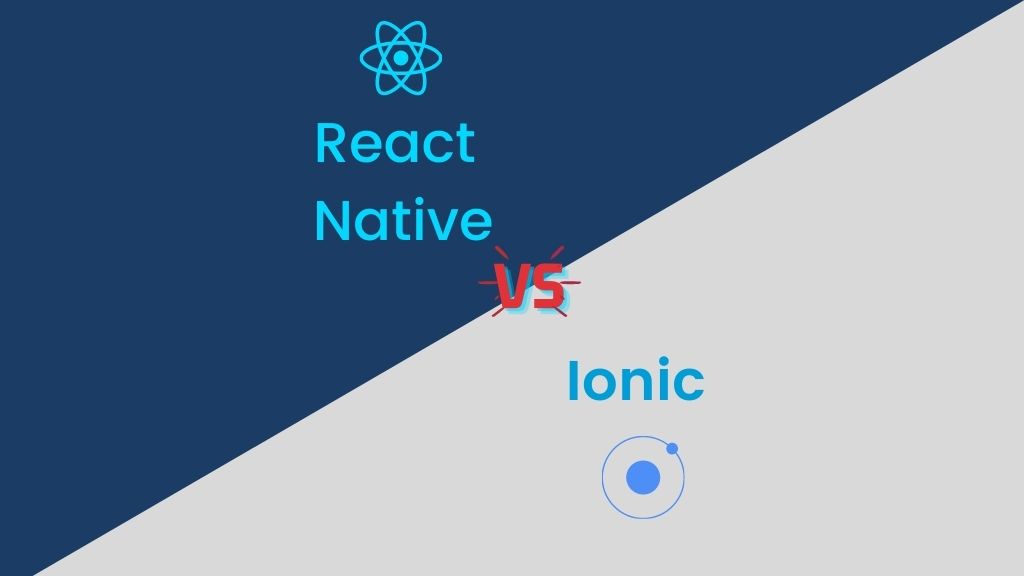 The two most popular frameworks are React Native and Ionic. Although both frameworks have strong followings, they have some important differences. Both React Native & Ionic are great development platforms. The strength of React Native is in performance while that of Ionic is in flexibility and ease of use.

As more and more people purchase cell phones, the demand for mobile apps continues to increase. Consumers expect to be able to do more with their devices. They want apps for communication, business, and entertainment.

It used to be that mobile app developers needed to program their apps for one platform, either Android or iOS, and then program it a second time for the next platform. This made rolling out apps on multiple platforms a slow process. Today, by using an app development framework, developers can program once and have the app work on both major platforms.

React Native was developed by Facebook and uses much of the same technology as their React JavaScript library. Developers can program in JavaScript to design apps for both iOS and Android devices. React Native is known as a hybrid-native app development framework.

This means that, although the programming is done in JavaScript, the program runs in the platform’s native code, allowing for smooth operation on that platform. Mobile app developers love the fact that you can release your app on both platforms at the same time.

Ionic takes a different approach to mobile app development. It was created by the Drifty Company using the AngularJS framework, though current versions also support React. It is known as a hybrid-web app development framework. Developers use the basic languages of the web, HTML, CSS, and JavaScript, to design their apps.

Apps connect to native functions through additional APIs. This means that the apps are less dependent on the platform, leading to greater flexibility. Ionic can be used for both Android and iOS platforms, but also for desktop apps, progressive web apps, and any other web-based platform.

Both React Native and Ionic are powerful tools for creating new apps across platforms. They are also both free to use. One difference is that Ionic is open source, meaning anyone can use it as they deem fit. Because React Native was developed by Facebook, users need to obtain proper licensing from the company.

Both Ionic and React Native are effective web building platforms, but they differ in flexibility, performance, and ease of use among other factors.

The major differences between ionic and react native frameworks involve performance, flexibility, and ease of use.

React Native gives a native-feeling, allowing you to modify platform-specific components. It is also an ideal platform when you need large-scale applications as the platform is stable. The enhanced performance and the responsiveness that comes with the platform need a higher budget.

React Native runs in the native code of the platform. This leads to a smoother experience for the user and fewer hiccups along the way. Basic device functions such as audio playback and the device camera are simple to access.

Ionic focuses on native browser apps using HTML, CSS, and JS Components, all optimized for mobile. The platform offers a hybrid approach to app development, making it ideal for rapid app prototyping. It is also a great write-once-use-everywhere kind of platform.

The only performance issue is that you need to download some plugins to get the platform running. Ionic’s design makes it necessary to connect to device functions using an application programming interface, or API. While fans of Ionic see this as a minor issue, it can lead to slower app performance.

React Native can be used to develop apps for the two major mobile platforms Android and iOS. It is designed to offer the best performance on devices that use these platforms.

Ionic is designed to offer both ease of use and flexibility across several platforms. Because it uses basic web languages, developers can use the framework quickly. Apps can be run out of the box on any web-based platform.

React Native is easy to use for anyone who has ever used React. The platform requires that one learns the concepts and then start executing them to create apps for Android or iOS. For those who are familiar with React, using React Native will come quite naturally.

Ionic is also pretty easy to use, thanks to the use of basic web languages. Again, because you do not need to create different apps for different platforms, the development process comes even easier. Both platforms offer ready user interface frameworks. Ionic is easier to get started with since programming is done in basic web languages. It also comes with several pre-made user interface components that can save development time.

React Native has a host of plugins to help you develop apps better. Better yet, there is a community of developers using the platform, which means it is easy to find any information, updates, and solutions. You can also use the PhoneGap/Cordova plugins to source for plugins from other communities.

Ionic has a growing community and is also easy to find information, updates, and answers you seek. Developers are also using PhoneGap/Cordova plugins to get the native features of the apps.

React Native does not come with a complete SDK as Ionic does. Instead, its goal is to promote the learn-once-write-everywhere mantra. The platform adopts platform behavior and standards for a seamless native experience. This way, the platform focuses on user experience as it can leverage the native UI elements.

Ionic comes with a full SDK and uses web technologies to create multi-platform and multi-functional apps. You can use this with a minimum code base. Better yet, the platform mirrors a rewrite of the original Ionic framework, Angular. If you are comfortable with Angular, you will use Ionic with ease. Thanks to its multi-platform development, it is quickly rising to be a popular choice for developers.

Both React Native and Ionic are cross-platform development platforms. As such, they create apps for both iOS and Android. With React Native, some unofficial plugins and projects allow you to add web support and desktop. With this platform, you learn some concepts, the React Native flavor, and create UI screens for Android and iOS specifically.

React Native Vs Ionic- Which is better ionic or react native?

On the other hand, if you are looking for ease and flexibility in development, Ionic maybe your framework of choice. Its web-based design allows you easy access to multiple platforms. It also offers a low bar for ease of entry, potentially leading to faster development times and lower development costs.