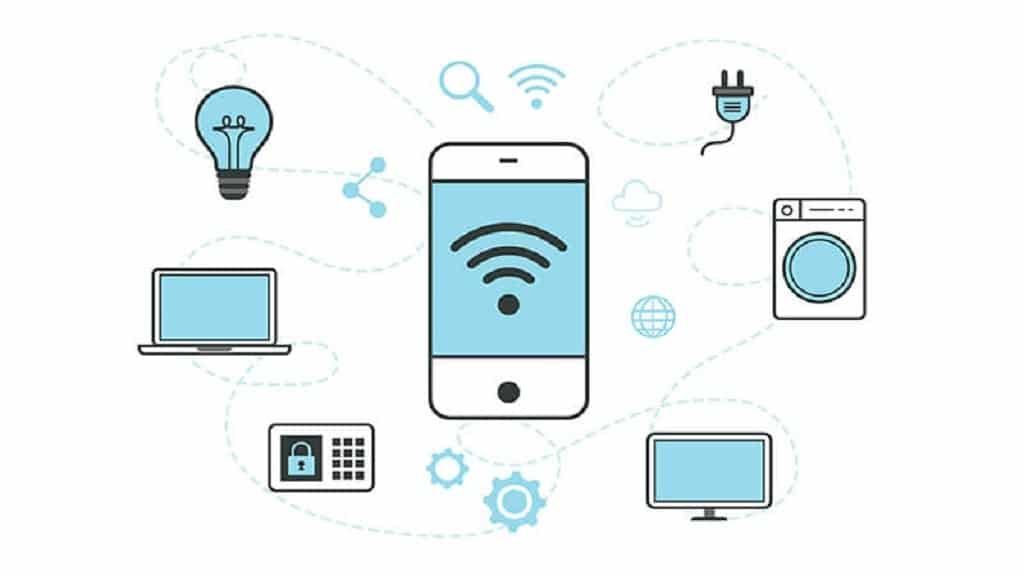 The Internet of Things (IoT) is one of multiple technologies changing all parts of business, industry, science, government, and society at large.

IoT specifically is having a big impact on mobile app development. People need handheld and smaller ways to control their IoT technology, and mobile app developers have many opportunities to gain experience and funding during this demand.

Let’s explore how mobile app development is influenced by IoT

One of the scariest, real, yet sometimes overblown parts of IoT security is the default password debacle.

There’s no shortage of news coverage about the problem. Just like routers and modems, some IoT devices shipped to customers with easy usernames and passwords. Username: User, Password: Password is not good security.

The mistake wasn’t common, but there are enough IoT products on the market that people would run into common login products pretty often without knowing it. All it takes is a simple Google search to find even more complex passwords that aren’t changed.

For trained, experienced tech workers who know basic security practices, forcing a password change is a given. Unfortunately, some products are made with copied and pasted code that lacks basic security.

Along with default password problems is the ability to stand in touch with changing security needs.

IoT devices are a gateway to networks, and professionals need a way to change details as needed. For people who lack tech skills, mobile app developers need a way to send updates to their devices.

Good patching tools are great for keeping products functional and as a public relations tool. Showing that your project or brand can respond to a new threat is almost more important than never being compromised in the first place.

Of course, not when compromise leads to massive costs. Being able to get in front of a new problem before it harms anyone and showing your ability to fix problems is blog and news article gold.

3: Preparing for Life after Support

What happens when your product is no longer profitable to support? Newer versions, leaving the tech industry, or no longer being able to handle the project should be handled gracefully.

Nothing lasts forever, and although a few users will gripe after a decade of support, you will need to walk away from a project eventually. Giving legacy users a few options is vital.

Plan for an end of life cycle development kit. Giving legacy users a better way to customize their devices after ending support is a great send-off. Making it part of an open source initiative (if it already isn’t) is even better.

With the IoT generation, there are more people who simply want to use the tech without having to download an app that may not be supported on modern devices. Giving simple ways to log into devices such as SSH/telnet will help future IoT users on vintage tech.

4: Centralized Apps as a Moneymaking Niche

When becoming the next star programmer–or the next big app maker–was a new concept, it was always about figure out which app would make quick, big money.

It’s not just about solving a pressing problem; simple games like Flappy Bird made it rich, so what else is there? While figuring out unknown hits was a challenge, chasing big demand made it easier for skilled developers to make money.

IoT has created a need for centralized apps. Teams that create new IoT devices need developers who can create an app to interface with their app, and tech-savvy users want third-part/aftermarket apps to control their existing IoT.

The latter is more experimental, but full of opportunities for big money. The world is full of interesting new devices, but not everyone is enough of a hacker to make tech do everything they want.

Mobile app developers can create apps to not just give more control over big brands, but to control multiple devices at once. Now is the time to create both multi-tool apps that can log into different smart devices and create deeper customization.

Having multiple modules within an app isn’t uncommon, but it’s easier to release a single product concept and do it well.

Multiple parts of modern tech are coming together in ways that developers may not be able to avoid making hybrid apps. Having multiple companion apps for monitoring, Augmented Reality (AR), and making changes will simply split or alienate users.

Modern User Interface/User eXperience (UI/UX) will change what users expect with their apps. They may want to see how the world would change if they apply a single setting, and the app needs to use a camera to make AR show that change.

Some people would rather use a virtual room rather than the real world, so Virtual Reality (VR) with blueprint management might be necessary. It can all come together, but it can all become project creep quickly.

Mobile manufacturers (Samsung, Sony, Apple, Ericsson, Google, etc) are branching out beyond smartphones and smart speakers. While the major companies have had IoT offerings for big household objects, it’s not always easy for development.

Part of the manufacturer’s development process means making development easier for third party developers. The customer needs the most attention–especially with security as a key topic–but developers need ways to wow the customer base as well.

Everything from shopping apps that want to link with local business and ad platforms to games that sync up with the real world for dynamic content can be boosted with more platform support.

Security is the biggest challenge, since businesses are bigger targets both in terms of grabbing public view and having more to compromise. Everything from life and limb to finances affects individuals and businesses, with business having espionage risk.

Many of the best lessons learned and security risks inherent to the IoT industry are still fresh, numerous, and not yet documented well enough for college-level digest or quick reading.

For this reason, experienced IoT engineers and tech-savvy IoT users are valuable to mobile development teams. A group that knows what to look out for when writing an app for smart devices can dodge a lot of legal headache.

It’s not just about dodging lawsuits. Shopping apps, real estate apps, business administration apps, and many other app types benefit from someone who knows how the hardware behaves in a customer’s hand without new software.

9: Revisions and Remakes of Older Apps

Some people like their apps just the way they are. If an app’s user base is full of fans who either love a specific version of the app or are vocally opposed to change, it’s time to think modular again.

As mentioned earlier, having multiple apps can turn off some users or slow down app adoption. Some teams are instead adding updated functions–buttons and menus–that add to the app’s tools rather than changing existing functions.

Not that full overhauls are a bad idea. If an app is in dire need of revision or lacks a professional touch now, the changing era of IoT, cybersecurity, automation, AR, and other technology is a good excuse for a mobile development makeover.

For more details on the current world how mobile app development is influenced by IoT, contact a mobile development consultant.