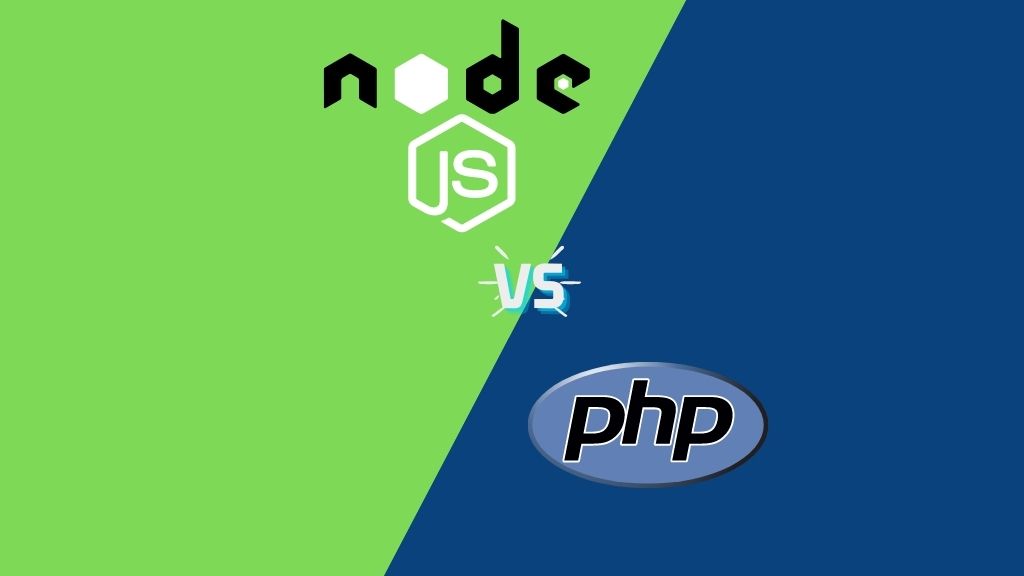 Node js Vs PHP: Which is Better for Your Project?

The great debate of node.js vs PHP is something everyone should consider when starting a new project. Whether it’s for a new company endeavor or an individual pursuit, knowing the best tools to use is essential. Node.js and PHP   functionality serve very similar functions. They are both languages that compose the back-end of dynamic websites. Although they have commonalities in purpose, each has unique components to offer.

The differences in PHP and node.js tutorial are a performance impact on how effective your project is PHP vs node performance. Here’s an in-depth look at the debate so you can discover which one will take your project to the next level.

Created in 2009, Node.js  introduction is the new kid on the block compared to other back-end programming languages. However, it’s risen to popularity for a reason. Node.js use enabled the ability of people to program on the server-side in JavaScript. This new development created a small revolution in the programming world, as sites began to emerge with both front-end and back-end fuelled by JavaScript stacks.

On the slightly more technical side of things, Node js vs javascript use, javascript node functionality, It’s an open-source runtime environment. It is primarily known for its ability to execute asynchronous programming. For those that aren’t aware, asynchronous code can instantly run all code, while synchronous code runs line by line.

Is Node js better than PHP?  Node.js capabilities have incredibly quick server-side response times because of its event-driven I/O model that is also non-blocking. Additionally, because it uses Google Chrome’s V8 engine, coding commands run unusually fast. These are just a few reasons why javascript Node.js speed stands out among other programming languages.

In contrast, PHP was developed in 1994 and is one of the most popular back-end programming languages. Rasmus Lerdorf created it intending to help web development. The vast majority of websites are built with PHP frameworks in large part because systems like WordPress use it. Websites with PHP tutorials far outnumber sites with Node.js use, despite the latter’s rising popularity.

Although Node.js executes quickly, PHP performance comparison is no slouch on running times. Scripts in PHP perform faster than quite a few other programming languages, which is one reason it’s still popular. Also, it’s been around for a while, so there’s a strong community of people that understand PHP and are continually developing it. There are many other perks to PHP, but those are a brief look at why it remains so popular.

So, Node js performance vs PHP? Here are a few critical categories that examine the question of node js vs PHP speed which is better.

Node.js speed has its own package management system, It Package Manager (NPM). Meanwhile, PHP  speed relies on module installing systems like PEAR. PEAR focuses on taking PHP components after their use and finding other applications for them.

In terms of concurrency, Node.js and PHP are complete opposites. As mentioned previously, Node.js has a JavaScript engine that can execute all the code instantaneously without needing to wait for a function to return and then performing another command.

Because of this event-driven non-blocking I/O model, everything happens at once, making Node.js incredibly quick. On the other hand, PHP is synchronous using multi-threaded blocking I/O that run parallel to each other. It needs to wait for a function to return before proceeding to the next line to execute.

Because Node.js is relatively new compared to PHP, it doesn’t have as much support on content management systems like WordPress yet. This difference might change in the future as Node.js develops. However, it is still ideal for making scalable, dynamic programs. It takes advantage of its event-driven, non-blocking I/O mode.

One perk of PHP is according to statistics from 2018, over 80% of websites are built with PHP, while Node.js websites land around 0.4%.

Should You Use Node Js or PHP for Your Project?

Both Node.js and PHP are common back-end languages with a lot to offer. Node.js is gaining a lot of momentum among programmers currently, but PHP speed still dominates the overwhelming population of websites. Is Node js better than PHP? Here are a few more tips to help you decide where you land in the Node js vs PHP  tutorial debate.

You Should Use Node.js If…

a. You Want to Use the Same Language Across Stacks:

As a general rule, you should use Node.js if the goal is to have a front-end and back-end stack of solely javascript. Node.js would also be best if you are using Js programs or software stacks like MEAN stack, which includes MongoDB, ExpressJs, and AngularJs. In these cases, it is clearly preferable to use the same language for everything in your stack.

b. You Need Incredible Speed:

Because of its V8 engine, continued server connection, and asynchronous execution, Node js better than Php? Node.js is one of the is  Fastest programming languages and outstrips PHP. Projects like chat rooms or ones that allow multiple accounts to edit things and access data benefit from Node.js. Additionally, it provides real-time data much more efficiently.

You Should Use PHP If…

a. You Have a Centralized Server:

It works best if you want to use the LAMP stack, which includes Linux, Apache, MySQL, and PHP. It’s perfect if everything is at one centralized server with no need for multiple servers.

PHP is one of the most portable languages out there. PHP runs on nearly any platform with Apache, IIS, and a supported database system, which lends to its easy portability. This portability contributes to its incredibly affordable web hosting with meager costs and high PHP servers.

Final Remarks on Node.js vs PHP

As both languages evolve, the discussion and debates around Node.js and PHP will inevitably continue. It’s clear Node.js is superior in terms of speed, while PHP has greater support and resources. Although it’s crucial to choose the language that best fits your project, you should remember that they serve the same purpose in the end. Sometimes, there is no extreme advantage to choosing one or the other. Both are popular for a reason.

Our experts can help you in developing your next project.

Why Node.Js Is the Best Framework For Developers?

10 Reasons Why Laravel Is The Best PHP Framework